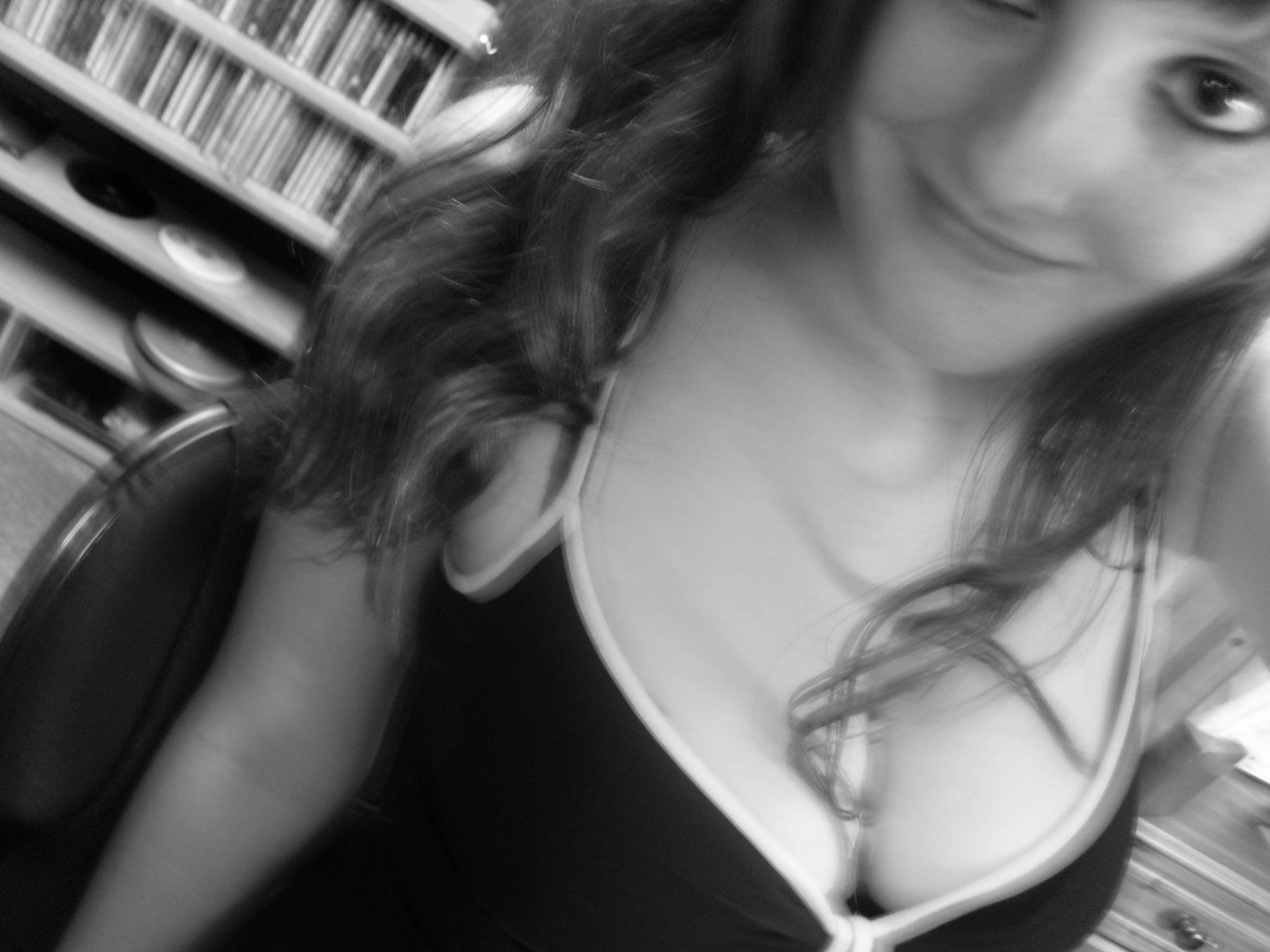 2004 was a defining era of my life – I was 14-15 years old, over the summer break I’d met some new people who had introduced me into their circle of friends, my social circle increased tenfold, and my core group of friends all became fully immersed in rock and pop-punk music together.

In my childhood, my only exposure to music was via what was popular at the time, and my parents’ limited CD collection, so I almost exclusively listened to pop by default. Now suddenly, a whole new sonic world opened up for me. It helped that social media was starting to take off at this time, so that made it much easier to find new music recommendations and access free music to explore – I no longer had to save up to buy an album based on liking one song!

I had a classic 4th generation iPod with a battered floral case that I listened to on the bus to school every single day – sitting alone with my headphones in, furiously avoiding eye contact with everyone else, burning my way through the newest album I’d discovered (ah, some things never change).

I never fit into any of the music fangirl categories neatly – I didn’t like pop but didn’t hate it, definitely hated indie, liked some emo but mostly didn’t care for it, liked metal and prog but wasn’t into it enough to be a metalhead, loved the goth aesthetic but generally found goth music boring (I tried really hard to like 80s goth music, but failed – I’ve developed more of an appreciation for it as an adult though).

So, here are 14 songs I was listening to in 2004, and some of the stories behind them. For a more interesting post, I’ve chosen 14 songs that aren’t in my heavy rotation anymore, and that represent this era of my life.

(If you’re wondering why I’ve chosen 14 years as an arbitrary measure of time, it’s because I really wanted to write about the music I listened to in 2004, and I’ll be fucked if I’m waiting until 2024 to do it)

“So for almost a decade there, Chris Cornell was in rage against the machine”

“Wow grandpa that must have been lit”

“It… actually was not. It sucked shit. It blew goats”

“How is that possible, grandpa?”

Oh wow, this song was actually released in 2002? I definitely remember first coming across it in September 2004 on Kerrang TV. I could never really get into Audioslave – they had some great songs, but otherwise I think the whole is lesser than the sum of its parts. I saw Audioslave live in Cardiff the following year (one of my first live gigs), and the best bit was Chris Cornell’s 20-minute solo interlude where he just sang a load of Soundgarden songs; it prompted me to get into Soundgarden, who I much preferred to Audioslave, so I have to thank them for that I guess.

Evanescence was my first foray into rock music – it acted as a nice bridge between my previous pop sensibilities and the hard rock music that I ultimately ended up loving. ‘Bring Me To Life’ is their most memorable, but ‘Going Under’ is by far the better song, with its solid opening, great verse guitar rhythm, Amy Lee’s gorgeous voice, and the lovely piano motifs threaded throughout. I loved how Evanescence used piano in their music – I wouldn’t learn how to play the piano for another 3 years, but Evanescence sowed the seed for my eventual piano songwriting.

Green Day’s album American Idiot was released in 2004, the title track of which was one of the first songs I ever learned on my first electric guitar (a black and white Yamaha Pacifica, naturally). It was released about a year after I discovered ‘International Superhits’, so came at the perfect time for me. I’ve chosen Jesus of Suburbia for this playlist, because it was always my favourite on the album, and I still think it’s a banger.


I was a huge fan of Avril Lavigne’s first album ‘Let Go’ when it was first released in 2002, and I’m not ashamed to say that I kept listening to it well into my mid-teens (honestly, janky lyrics aside, I still think it’s a tight album). This song is the epitome of teenage angst for me, and it perfectly encapsulates that sense of impotent non-specific rage that haunted me in my teens.

One of my fondest memories from 2004 was the morning after a Green Day gig in Cardiff Arena I’d attended with my best friend – we skived off school the next day and stayed in bed all morning listening to Tenacious D, laughing raucously, and excitedly stumbling upon the hidden track ‘Malibu Nights’ for the first time. Listening back today, Tenacious D is the epitome of teenage boy humour, but of course I loved it at the time.

I love this moody, morbid song where Jessicka sings about all the things she’ll do and the people she’ll punish when she becomes Queen – great vocal performance and I love the production on this one. I wish I’d discovered this album a few years earlier, because I know I would’ve absolutely loved it as an angsty pre-teen.

7. Biffy Clyro – Some Kind Of Wizard

I discovered this song through a compilation CD that came free with an issue of Kerrang magazine, and immediately purchased the whole album because I loved the song so much. Over the years I’ve fallen out of love with Biffy Clyro as they moved towards a more standard pop-rock sound, but ‘Infinity Land’ remains in my top 20 albums of all time – I love their unusual chord progressions, complex song structures, and weird blend of genres/styles even within songs. Another favourite of mine from this album is ‘The Kids From Kibble And The Fist Of Light’ (great title too!).

8. My Chemical Romance – Thank You For The Venom

From memory, 2004 was juuuuust before emo became a huge cultural phenomenon. I was never an emo, but liked some bits from the genre, including Three Cheers for Sweet Revenge by My Chemical Romance, which I discovered through the previously mentioned Kerrang compilation CD. This was one of my faves from the album.

The very first song I learned on an electric guitar, and one of the first songs I played with my band that formed in 2004!

10. Coheed and Cambria – The Suffering

Although this song is firmly pop-punk/emo, my love for their first album ‘Good Apollo I’m Burning…’ was probably the seed for my eventual love of prog rock.

A remix of Points of Authority which works much better than the original – one of their best. I loved Linkin Park’s big hits at the time (In The End, Numb, etc) but I never enjoyed the music quite enough to connect, unlike a lot of my friends at the time, with whom Linkin Park’s music strongly resonated. One of my favourite YouTubers created a lovely tribute to Chester Bennington after his death last year, which is well worth a watch.

12. Disturbed – Down With The Sickness

In 2004 my friends and I started going to this under-18s rock club night called Teen Spirit, which took place once a month in Escape, Swansea – it was my first foray into clubbing, a favourite pasttime of mine to this day. When Down with The Sickness came on, we used to go fucking wild on the dancefloor and it was always the turning point of the night – here be the heavy songs (well, this and ‘Bodies’ by Drowning Pool, although I always preferred this one).

I felt very cool for liking Slipknot as a teen, as I saw them as some sort of yardstick for ‘proper’ metal music. In hindsight they’re very pop-inflected, and this album especially so, so it was another good bridge from pop to rock/metal for me at the time. This song was my favourite on the album, and has a great music video.

Being a teenager into rock music, it was kind of obligatory to be a Nirvana fan. This was always among my favourite songs as a teen, not least of which because it was from their lesser-known B-sides album and thus felt ‘cooler’ than anything from Nevermind.

Check out the Spotify playlist here, along with a few extra songs I’ve stuck in at the end for the nostalgia of it all: