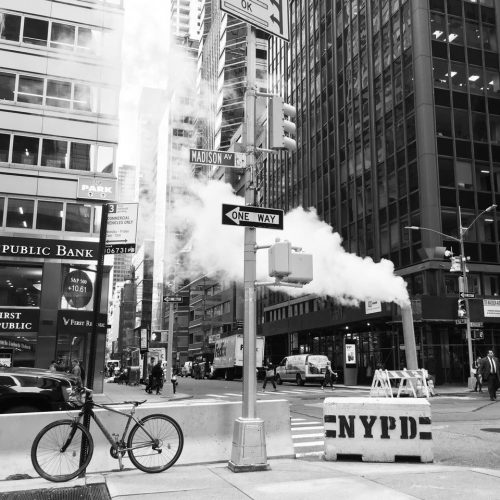 In October my partner and I went on a week-long holiday to New York. I’ve never been to the US, but always wanted to go, so it was amazing to finally be able to travel there. We packed in so much sightseeing and tasty food during the seven days we were there and it was easily the best holiday I’ve ever been on!

The first day was the most tourist-y of them all, spent entirely in Midtown. We started at  Times Square and had a wander through the nearby area, soaking up the sights. Photos don’t really do it justice – there’s so much to see at every turn, in every direction. One of the NYC faux-pas is to stop in the street and look up at the surrounding tall buildings, so I resisted the urge to do that as much as I could. Times Square is insane and beautiful in its own way. 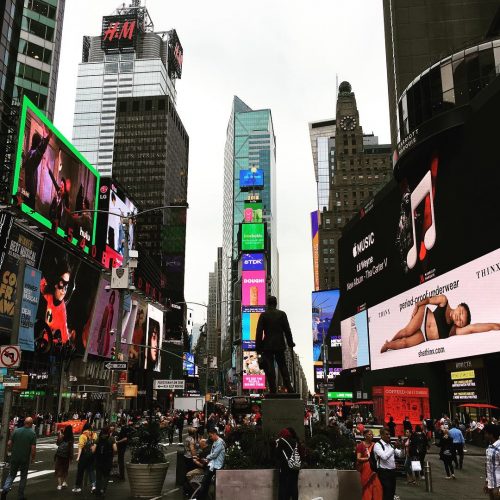 We visited the nearby Rockefeller Center, which is a shopping center with an observation deck at the top of the building overseeing the city skyline called Top of the Rock. We bought our tickets for the observation deck using the New York City Pass, where you pay a slightly discounted rate for a bundle of major attraction entrance tickets – although I wouldn’t particularly recommend this, as we ended up getting stuck chasing attractions to get our money’s worth, and it didn’t save us much money, maybe a few dollars at most.

There was a mini-exhibition about the Rockefeller Center on the way up to the observation deck which wasn’t that interesting and had a weird focus on revering JD Rockefeller as a shrewd business man, rather than focusing on the building itself and its history (it felt like a very American approach to the exhibit). The exhibition wasn’t much to write home about, but it didn’t matter, because the city views at the Top of the Rock were beautiful and totally worth the ticket price. After taking a load of pictures, I sat on a bench and had a 20 minute jetlag snooze. 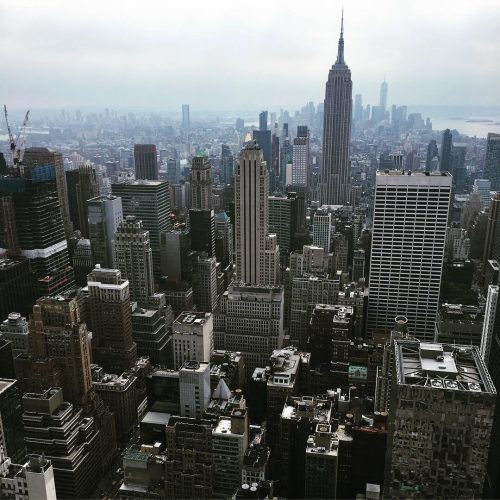 We had lunch in sandwich bar Tri Tip Grill listening to mid-00s pop rock playing in store (including ‘1985’ by Bowling for Soup! What a deep cut!).

That evening we bussed back to our flat in Weehawken, New Jersey, where we admired the gorgeous view of the nighttime NY skyline from across the Hudson River. <3 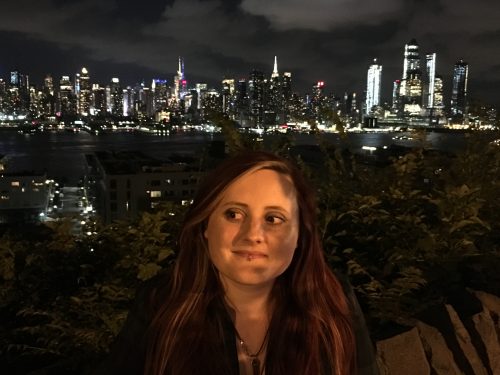 We stayed in New Jersey, so took the opportunity to visit the nearby Hamilton Park and Weehawken duelling grounds, where Aaron Burr fatally shot Hamilton (also where Hamilton’s son was killed in a duel). Not sure I would’ve gone out of my way to find it, but it was a cool hidden gem.

We spent the morning exploring Weehawken, and visited Hamilton Park and the Weehawken duelling grounds, where Alexander Hamilton was shot and killed by Aaron Burr (I recently saw Hamilton in London for the first time, so was pretty excited to visit the duelling grounds). The park also had a beautiful view of the New York skyline – we sat in the park eating savory crepes looking at the view, it was lovely.

Afterwards we went back to Midtown for some shopping (including the M&M store, where Daf accidentally spent $20 on a custom bag of M&Ms), then had dinner in Virgil’s Real Barbecue. We just stumbled across it and decided to eat there because it wasn’t too busy – turns out it’s one of the top 10 barbecue restaurants in the US, and the food was incredible! 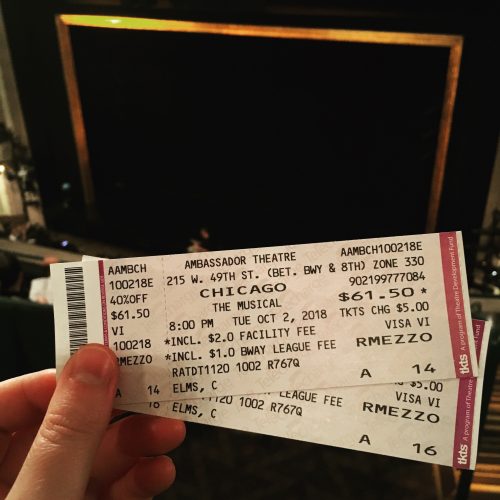 That evening we saw Chicago on Broadway – we’d managed to get hold of discounted tickets at the TKTS booth in Times Square, where discounted tickets are sold every day for performances that evening. We got 2 very good seats for less than £100 (front row of the mezzanine)! The show was brilliant, and I particularly loved the live jazz band on stage.

In the morning we caught the free Staten Island Ferry across the harbour, where we saw the Statue of Liberty – she was much much smaller than I expected, but still beautiful. 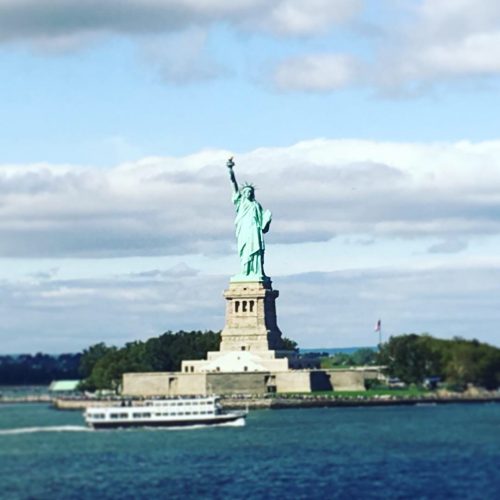 That afternoon we caught the subway over to East Village for an LGBT history walking tour led by Christopher Street Tours, which took us around the LGBT history monuments and historic sights in the area, including the Stonewall Inn, the site of the Stonewall Riots in 1969. The tour guide Michael was super friendly and knowledgeable, and we learned so much.

Afterwards we visited Washington Square Park, then walked over to Madison Square Park for a Shakeshack burger (named one of the city’s best burgers by Anthony Bourdain) and some amazing bacon and cheese fries which were freaking delicious.

We spent the evening in The Stonewall Inn having some drinks – that evening they had a Mean Girls screening and 90s karaoke going on!

Greenwich Village was lovely, and definitely my favourite area in Manhattan/Brooklyn that we visited. We had brunch al fresco, explored the local LGBT monuments, visited the LGBTQ Community Center, walked past the apartment building from Friends, visited Washington Square, and then walked over to Madison Square Park for a Shakeshack burger (which is one of the best burgers in NY according to Anthony Bourdain). That evening we had a few drinks in the Stonewall Inn. One of my favourite days!

We spent the morning walking around the lower half of Central Park (it’s so much bigger than you’d think; we walked for about 2 1/2 hours and saw less than half of the whole park).

We spent the afternoon in the American Museum of Natural History – a deceptively huge museum, we walked around for about 3 hours and only managed to see 7 exhibitions! My favourite was the North American Mammals exhibit, which featured animal dioramas in beautifully painted backdrops (e.g. the lovely Alaska Brown Bear diorama). Included in our entry fee was a ticket to a space show inside the Hayden Planatarium about dark matter – my first time in a planetarium, although I have to admit that I was so exhausted from all the walking that I fell asleep for most of the show.

That evening we cruised down the Hudson River with North American Lobster Company – a “floating lobster shack” with a full bar on every deck, you just pay $10 to get on the boat and can stay eating and drinking for as long as you want. I had lobster rolls and margaritas on the top deck of the boat, overlooking the evening NYC skyline – it was perfect.

Had an amazing time on the @nrlobsterco cruise down the Hudson River – one of the highlights of the week! . . . . . ‪ #travel #travelgram #instatravel #newyork #nyc #newyorkcity #manhattan #ny #hudsonriver #cruise #skyline

Day 5: The Met and Brooklyn

The Met is another deceptively huge place; we could have spent the entire day here, if our feet could only hold up for that long (seriously, check out the venue map – there’s SO much to see here, spread over 6 floors). I loved the modern art gallery, and the musical instruments exhibit.

After lunch in a nearby deli, we had a whale of a time in Spirit Halloween, a store that exclusively sells halloween costumes and accoutrements 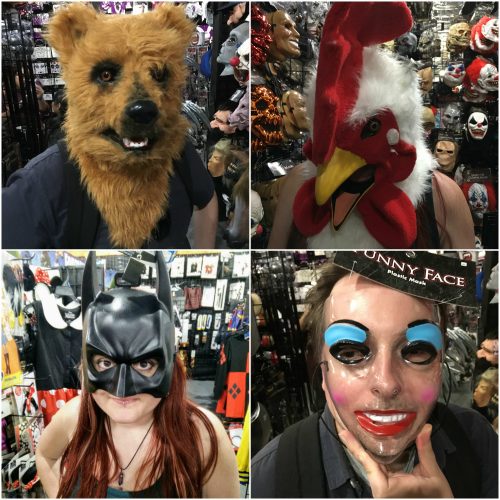 Next we caught a subway over to Brooklyn, had a brief wander around, and then walked across the Brooklyn Bridge back to Manhattan, and enjoyed the beautiful city views. <3 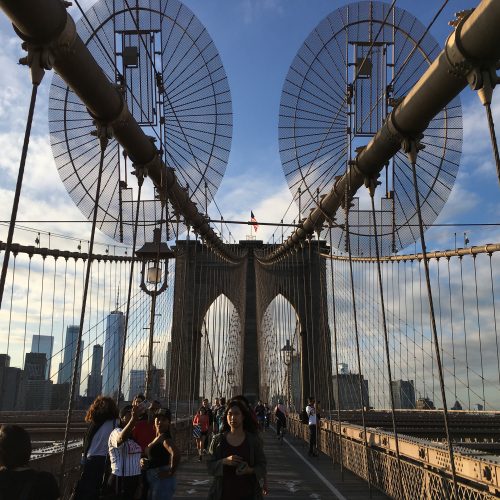 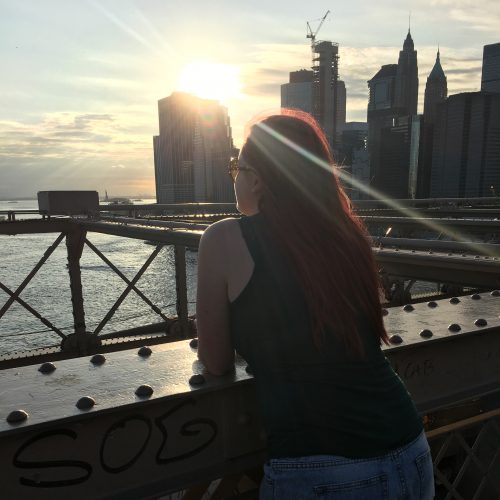 We spent the evening having dinner and drinks with our lovely hosts Andrew and Betsy, where after almost a week of meat and carbs, we were delighted to eat a meal that actually contained vegetables.

Today New York Comic Con was in full swing, and had I been more organised, I might’ve tried to get tickets for it, but they sold out before I got a chance. Still, it was so much fun to see all the people in cosplay milling around all day.

We walked along almost the entire length of The High Line, a public park built on a historic freight rail line above the streets of West Side featuring mini gardens, street overlooks, and art installations. We got off at Tribeca where we visited Chelsea Market (an indoor food market; it reminded me a lot of Camden Market actually), where I had the best tacos I’ve ever eaten in my entire life, hands down!

Lifetime achievement unlocked: visited the Ghostbusters firehouse in New York. I'm so unbelievably happy I got to do this and it got emotional for this big dork. Took me 30 years but I managed it 🙂 #newyorkcity #Ghostbusters #newyork #nycc2018

After stopping by the Ghostbusters firehouse in Tribeca, we visited the nearby Mmuseumm, a “modern natural history museum” located inside an abandoned freight elevator, with temporary exhibitions/collections dedicated to documenting modern life. When we visited, their exhibitions included modern religion, counterfeits, and “bread clip taxonomy”. They even have a museum gift shop!

That evening we went over to Chinatown, which genuinely felt as though we’d stepped into a completely different country. It was packed with restaurants, bubble tea shops (I had one because I’m a basic bitch, and it was delicious), open air market stalls, and souvenir shops. We spent a bit of time resting our feet in Columbus Park, then had dinner in Nom Wah Tea Parlour, the oldest dim sum restaurant in Chinatown.

We spent our final day on Coney Island – my favourite activity of the whole week, and an amazing way to round off the holiday! After a wander along the boardwalk, we spent most of the day in Luna Park, the main theme park on Coney Island. The weather was hot and sunny all day, we ate Nathan’s Famous hot dogs on the beach, went on almost every ride and barely had to queue for anything… so perfect! 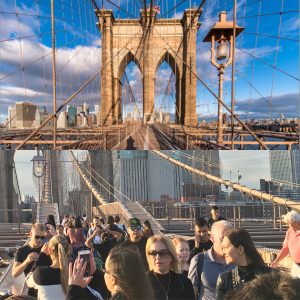 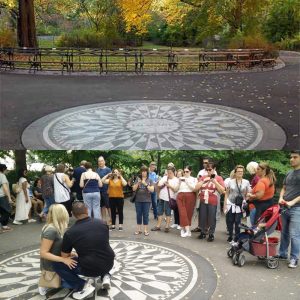 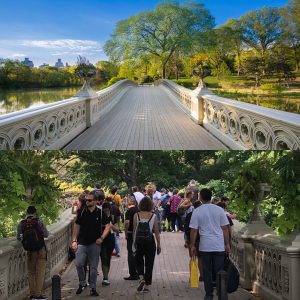