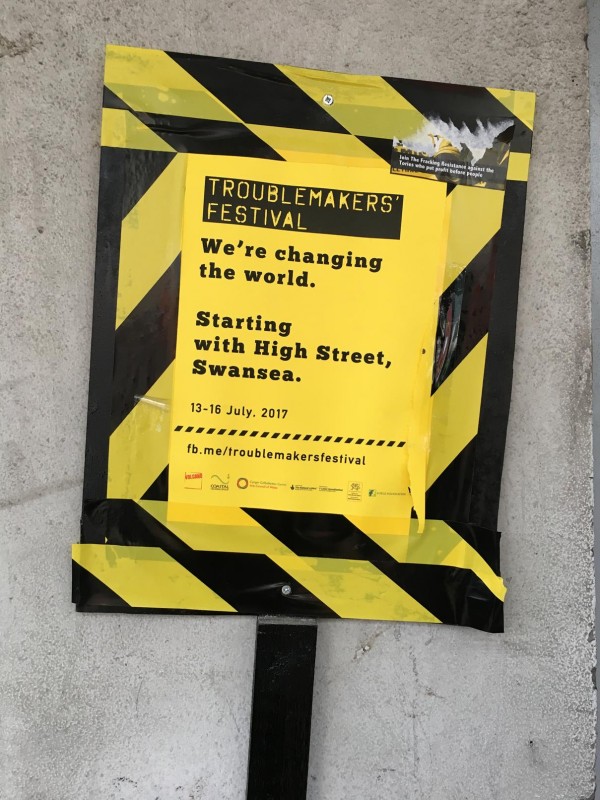 Last month we visited the Swansea Troublemakers’ Festival, which was a 3-day arts and culture festival situated on Swansea High Street. From the website:

“The festival reimagines the stretch of street between the station and Castle Square as a pedestrian-friendly place where arts and culture aren’t something special, but are part of everyday life. It opens up buildings that people perhaps don’t normally see and uses spaces that perhaps people don’t normally notice.” 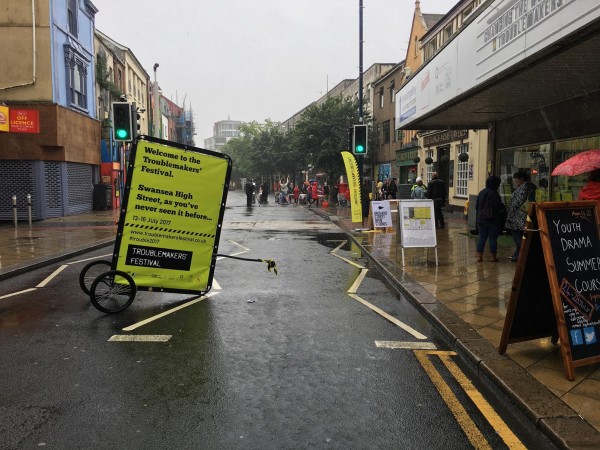 There were a range of activities on including performances, exhibitions, workshops, talks, films, and social gatherings, and made me see High Street in a new way! We visited on the Saturday and had such a fun time despite the torrential rain! Here are the events we attended on the day:

1. Sign of the Times – a placard-making workshop where attendees had to first list 10 things that they want, and then choose one from the list to create into a placard. All placards were then marched down High Street the next day as a cultural protest/rally! My partner described it as “the written exam of our relationship” because of the pressure he felt to be right-on (if it had been an exam, he would’ve passed with flying colours). 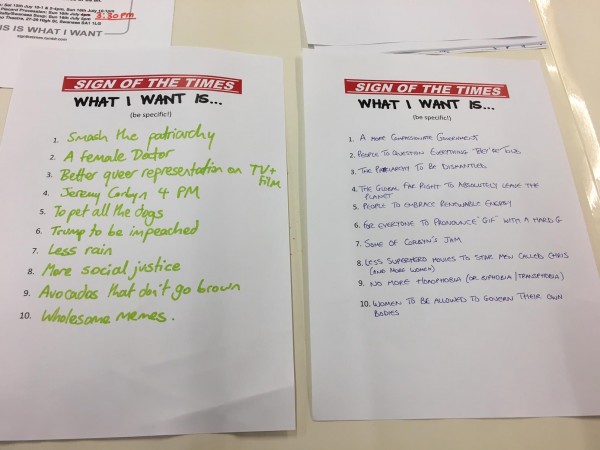 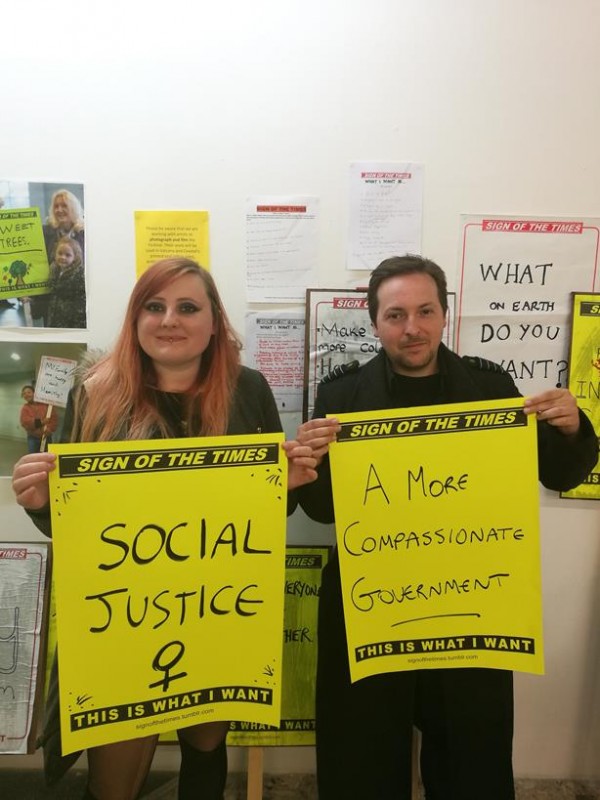 He ended up choosing a sensible message for the placard, but the thing he truly wanted was this: 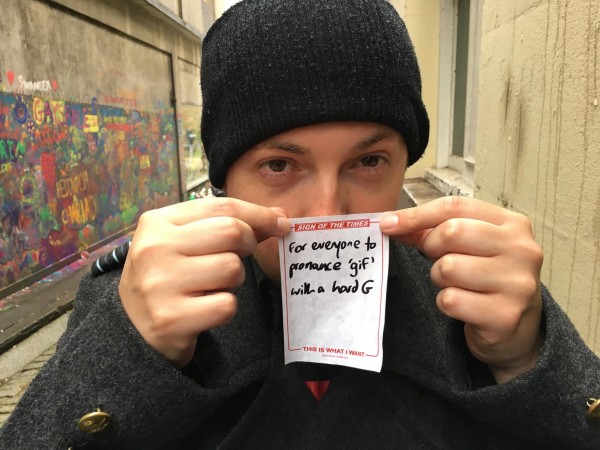 Some other great lists and placards made by others: 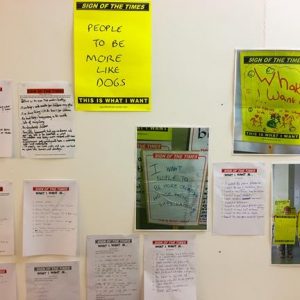 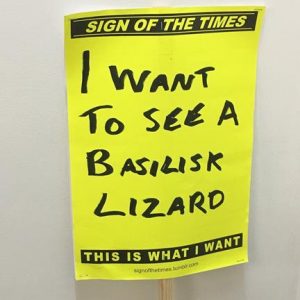 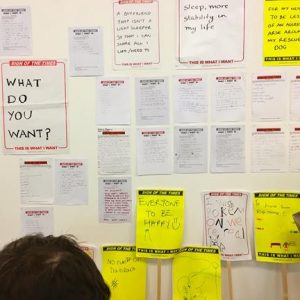 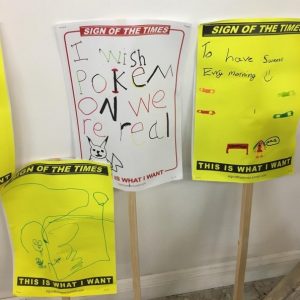 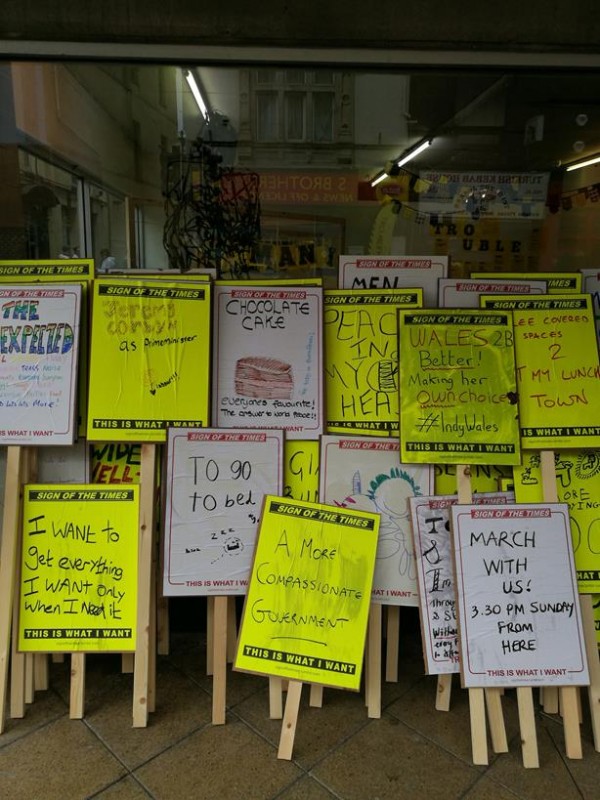 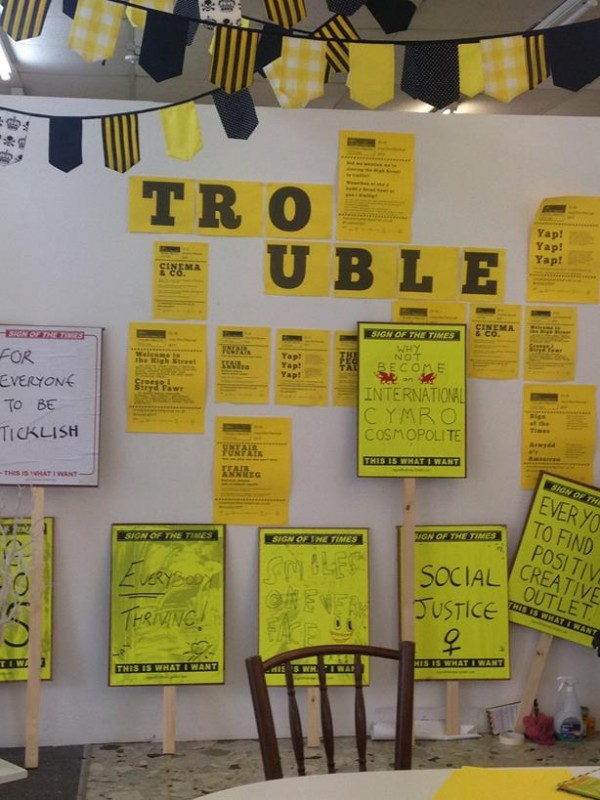 2. Typewriter Trouble – the opportunity to type a poem or a secret on an old-school typewriter. All pages were then displayed on the wall above. I went for a Poe lyric, Daf went for a cultural classic (we were shocked that he was the first one, actually): 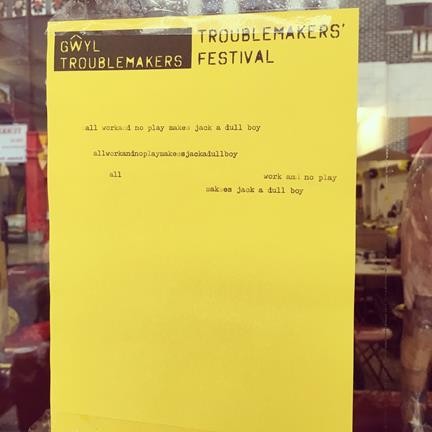 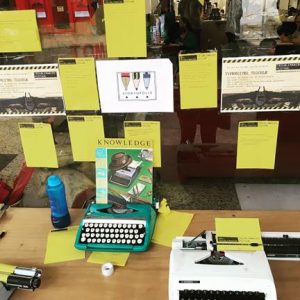 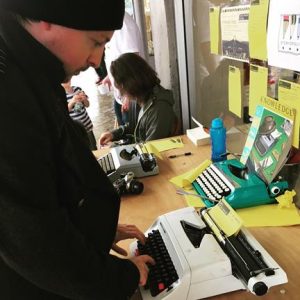 3. Inviting the Neighbours Round to Paint – draw, paint, and release your inner scribbler on an alleyway wall. I had never even noticed the alleyway until that day! 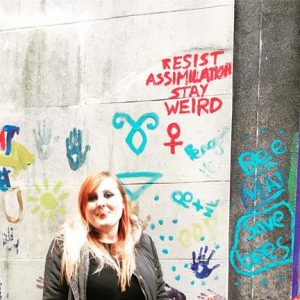 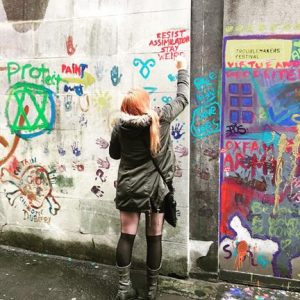 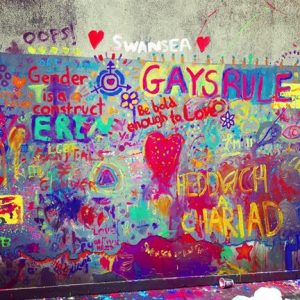 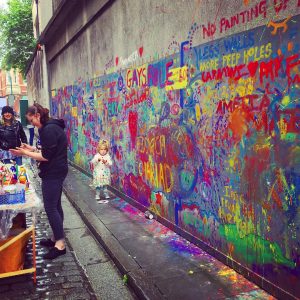 4. Community Drum2Disrupt – led by Aber Taiko, this was a drumming performance in the middle of the road where passers-by were invited to take part! Such fun! 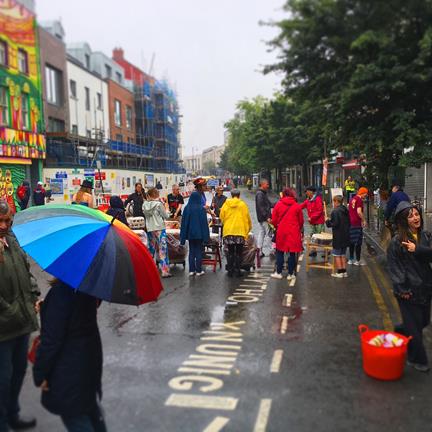 Things I saw but didn’t play with: Project 500 (where visitors sang, danced, or played for 1 minute to earn £1), the Unfair Funfair (a funfair with a global inequality theme), Sol Cinema (a solar-powered mini cinema showing 7-minute movies), and hashtag generator (an interactive hashtag generator sculpture). 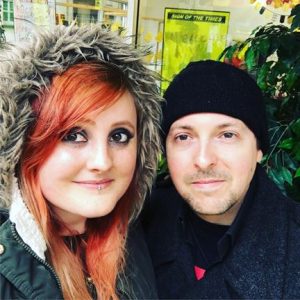 The organiser wrote an interesting blog post about the purpose of the festival that you can read here.