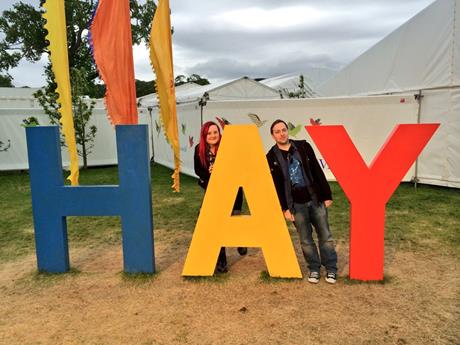 This weekend my friends and I went to Hay Festival and it was excellent, we had such a great time!  I’ve been meaning to revisit Hay and the Hay Festival for years but never quite managed it; this year Amanda Palmer announced that she was performing at the festival as part of a very short run of UK appearances so this was a perfect reason to finally make the effort and attend. 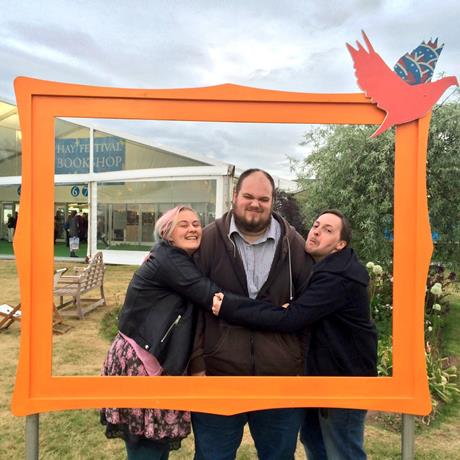 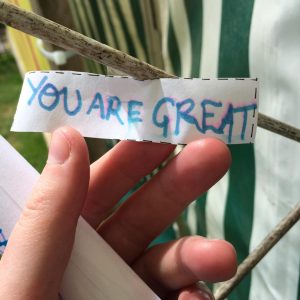 After hanging out at the festival for a while, we went into the town for more book shopping and exploring. 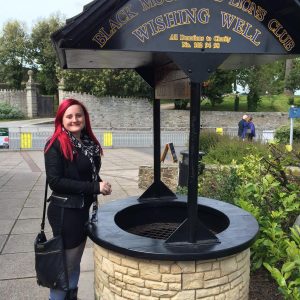 A sweet shop with a tree inside! 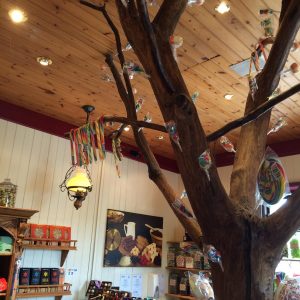 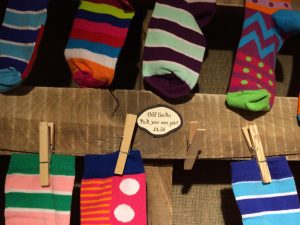 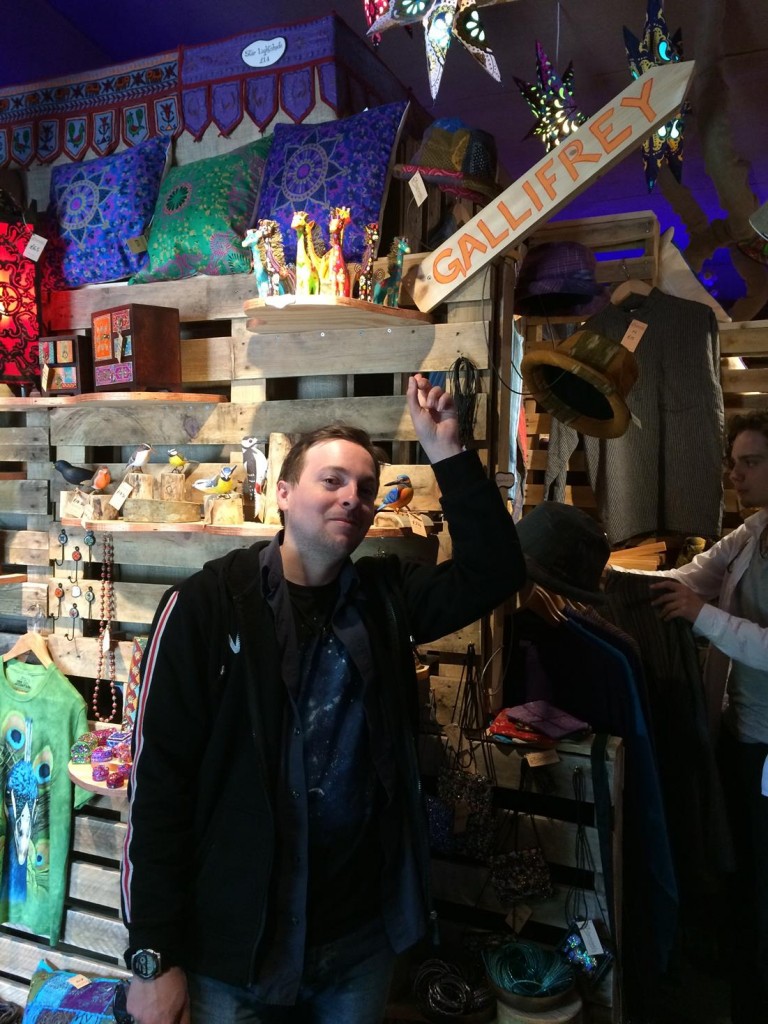 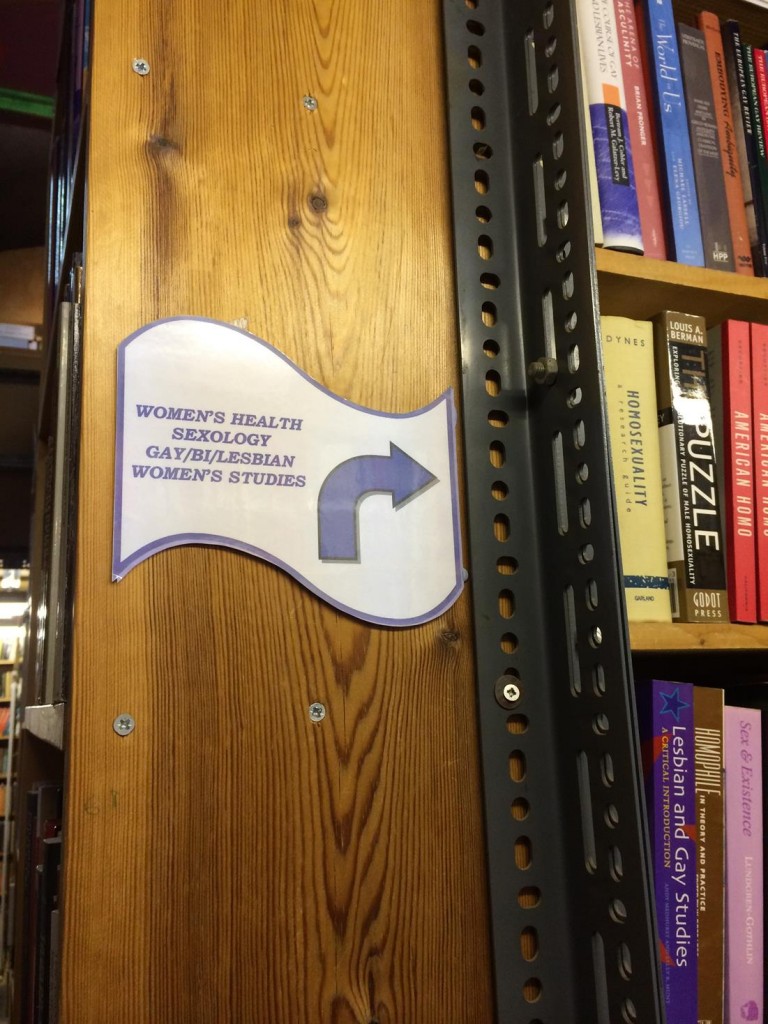 We found a huge queer section in one of the bookshops! 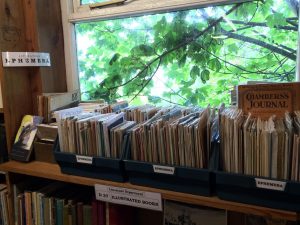 We also found a bookshop that was selling zines/ephemera! 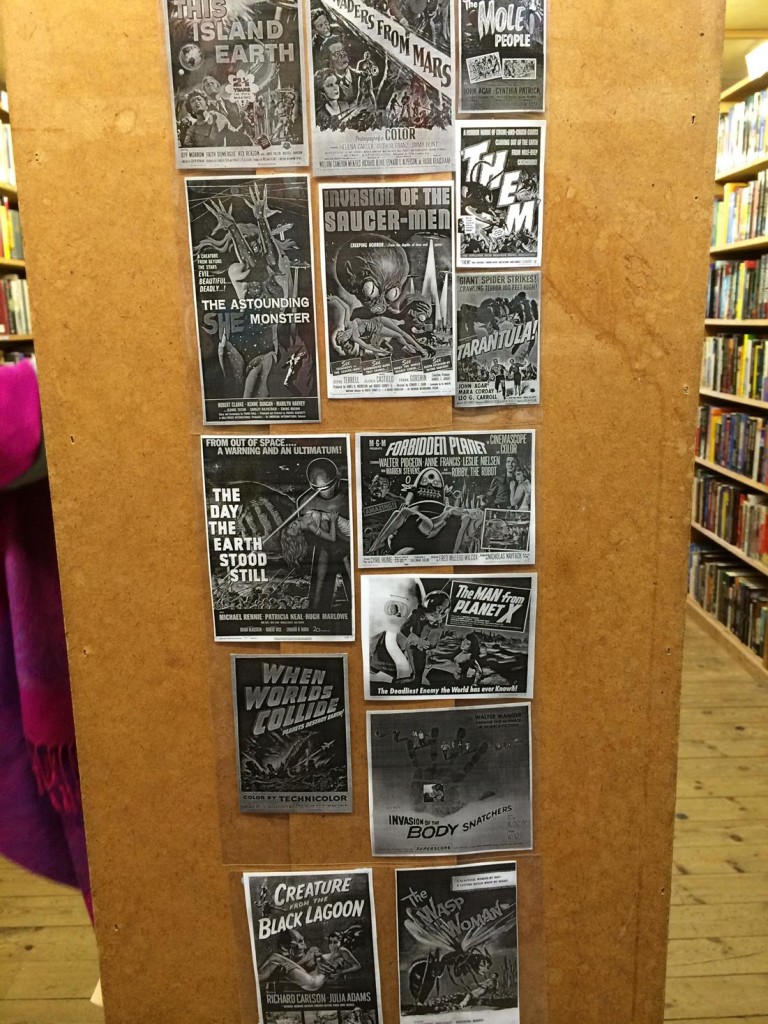 Old sci-fi movie posters next to the sci-fi books. 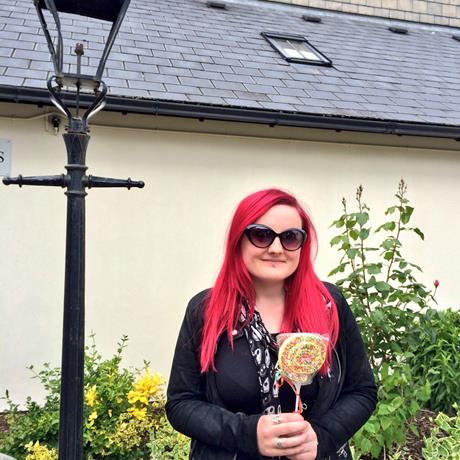 We built and launched our own rockets with Astro Cymru, which was so much fun – mine and Kirsty’s rocket (pictured below) was called The Alanis, Daf’s was called Antares 1, and Dai’s was called Steve.  We also looked at some cool fossils and rocks, and I held a rock that was older than the earth itself! 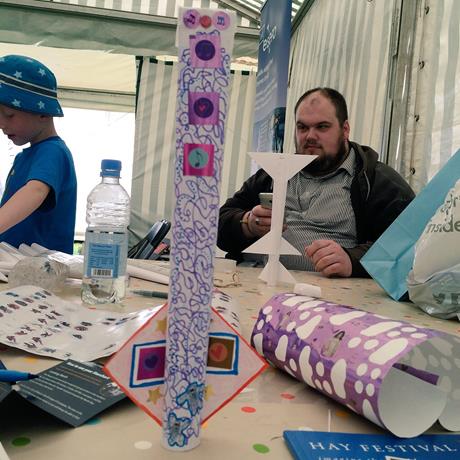 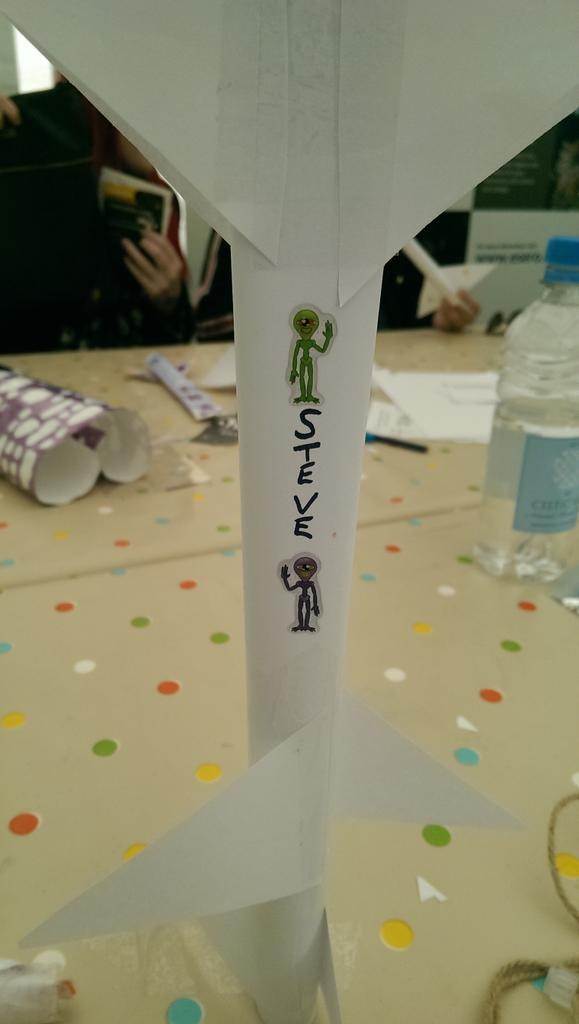 Kirsty and I built a rocket and launched it at #HayFestival! It was pink and purple, and we called her The Alanis 🙂

In the evening Amanda Palmer put on a lovely performance with just her ukulele (including Bigger on the Inside which is among my favourite recent AFP songs), followed by a Q&A with a host and the audience on her book The Art of Asking and its themes.  I find Amanda Palmer problematic in some ways, but I still love her music and think she’s a very interesting and inspiring person in some respects. Her talk encouraged me to finally start reading The Art of Asking, and to generally be ok with showing my vulnerability, that vulnerability can be a strength instead of a weakness. 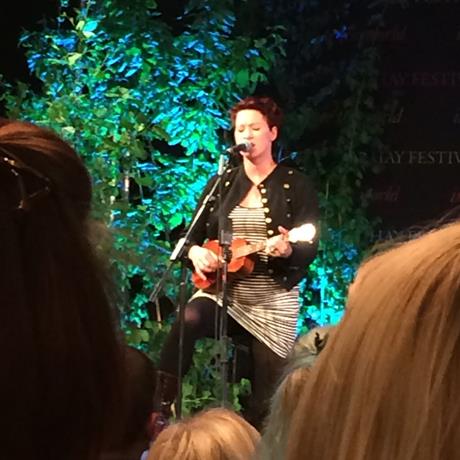 We had such a nice day – if you’ve never been, I highly recommend a visit!