(this post was originally written a month ago, and even though it’s too old to be relevant, I didn’t want to trash it!)

I adore Halloween; after Christmas, it’s my favourite holiday, and I love making a fuss with decorations and costumes!  However, I seem to be in the minority here, as most of the people I know are ambivalent about Halloween.  This means I often end up not really doing much for Halloween other than staying in watching old ‘Treehouse of Horror’ episodes.  This year I’d planned to have a fun Halloween weekend partying with my friends, and although it didn’t turn out very halloweeny, it was still loads of fun.

On the Friday night I had my friends over for a little house party, and we ate Halloween themed food, played drinking games, and watched a load of ridiculous videos on YouTube.  It was so much fun! 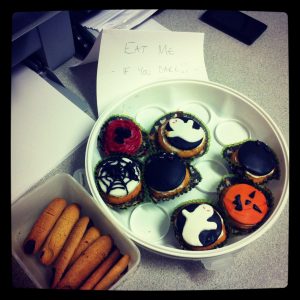 That evening, I performed at the Jack Murphy’s Halloween Gig with some local acts, and brought along a group of friends to go out partying afterwards.  In the planning stages, we were all supposed to go out dancing that evening in creative fancy dress costumes, but sadly a few people ended up dropping out and still others didn’t want to dress up, so the rest of us ended up going as generic women’s Halloween costumes – I was a cat, Lisa was a fairy, and Kirsty was a devil.  We didn’t even take photos of each other’s costumes! 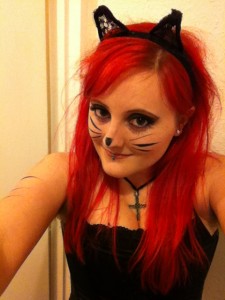 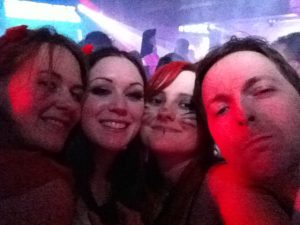 Daf dressed as a sexy IT technician, even though it’s not fancy dress if it’s something you wear every day 😛  He later found a Simon Cowell mask, which we all agreed was very frightening. 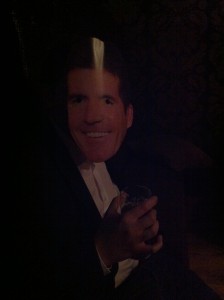 I was disappointed with the costumes we ended up choosing, as I had some great ideas that I wanted us all to get involved in (Buzzfeed comes into its own when it comes to costume idea posts!), but we had a good time at least.  There were some amazing costumes in the audience at Jack Murphy’s – I got particularly excited to see The Sanderson Sisters from Hocus Pocus!

The gig itself went really well, and was actually one of the best I’ve played for a long time!  My set went well and the crowd were really enthusiastic.  The headlining act No Obligation were awesome and played a lively set, although it was somewhat unnerving to see a man in the audience dressed as The Crow singing along to ‘Love The Way You Lie’, ha. 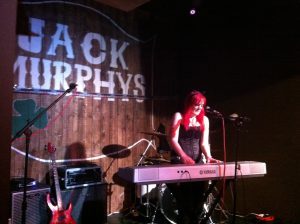 After the gig ended, we went to Popworld for the rest of the evening where we danced to such late 90s gems as PJ & Duncan, B*Witched, Vengaboys, and R Kelly (“It’s like Murder She Wrote, the way I’ma get you out them clothes…” … is Murder She Wrote a particularly sexually-charged programme?!).  It was so good! We left at about 2am, all now dressed as “sweaty person with less costume on than they used to have” (H/T), had a McDonalds, shared a taxi home with a stranger in a banana costume, and slumped on the sofas at home looking something like this:

(Kirsty was the cat that’s passed out)