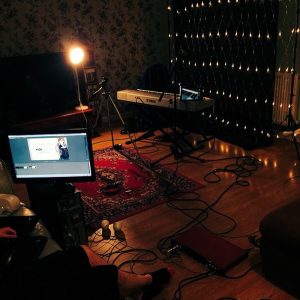 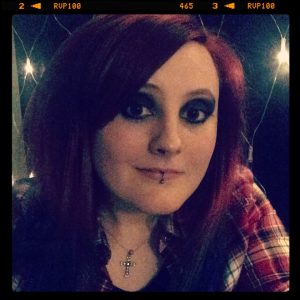 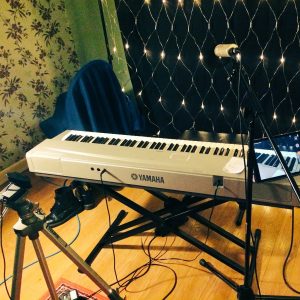 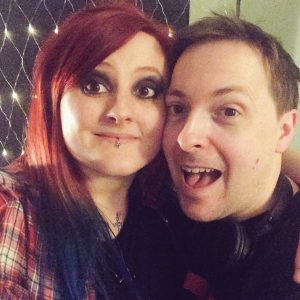 It’s been a crazy busy fortnight! Last Friday I put on a livestream gig for my Kickstarter backers, which went very well.  I’ve been meaning to put on a livestream gig for about 2 years, but when I first researched it, it was quite tricky to do, and required a decent internet connection and a USB mixer, neither of which I had access to at the time. But thankfully by now the broadcast is much easier to do (it’s all done via YouTube), and I live in a place with superfast broadband which allowed us to broadcast from home.  I was dead nervous but it went well – thank you so much to everyone for tuning in!

Then on Saturday night a song from SFFW was played on BBC Radio Wales! I had some pals over, and we cheered everytime the host mentioned my name, tee hee 🙂  You can listen back to the show here; there’s lots of good new music on the programme you can check out.

On Monday I posted a new vlog to my YouTube channel where I discuss ‘I Should’, the first track of my new EP.  I’m a bit less awkward in this one than I was in the last vlog!

So, 2 days to go until my EP release and the EP launch party – if you’re in the Swansea area, please pop by! Looks like it’s going to be a lovely night. 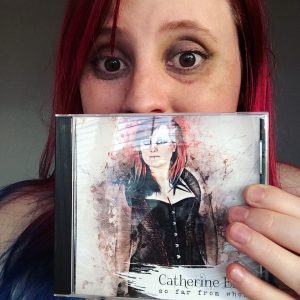 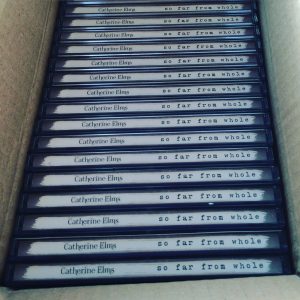 Also, I’ve booked some more dates for my post-release UK tour, which is as follows:

Details about the last 4 cities will be shared as soon as they’re confirmed so keep an eye out for that.  Hope to see you at a future gig! 🙂