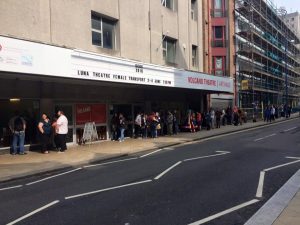 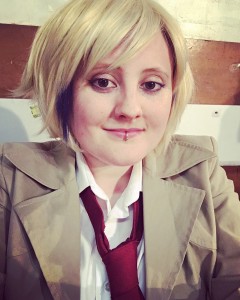 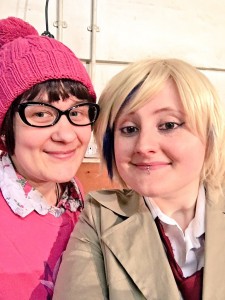 Last Saturday I sold my zines and merch with my bud Kirsty at the first Swansea Comic & Gaming Convention, which took place in Volcano Theatre in the city centre. I cosplayed as Constantine, Kirsty was Cosima-as-Alison from Orphan Black. 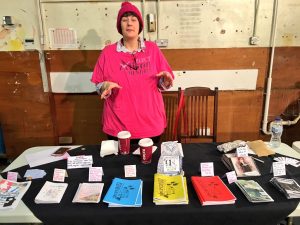 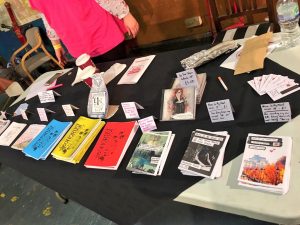 We sold our own perzines, as well as Sonorus: Feminist Perspectives on Harry Potter, and our brand new zine Variation Under Nature: An Orphan Black Fanzine! (Read more about VUN here.) There were loads of great vendors at SCGC, including comic sellers, self-published authors, geeky craft and jewelry makers, and prop-makers. As well as stalls, there were public gaming tables, cosplay competitions, game demos, and a collaborative wall comic where attendees were encouraged to contribute a panel to the story: 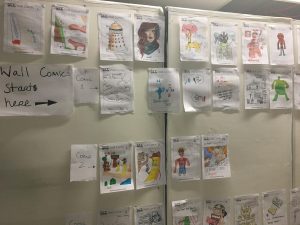 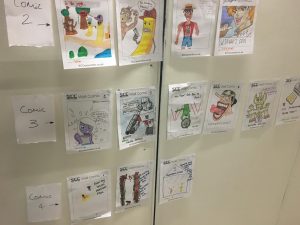 SO many great artists! <3

Various talks were held throughout the day on topics including cosplay for beginners, politics in RPG, and a guide to self-publishing. I particularly enjoyed the live music set from donotrunwithpixels, entirely written and performed on one Nintendo Game Boy! So cool!

It was great to see such a diverse range of visitors on the day, including families, teenagers, and older adults. Perhaps half of all attendees were in cosplay, and while a lot of them were anime characters that I had never heard of, it was still great to admire the handiwork and enthusiasm that had gone into their costumes. My favourite cosplayers of the day included: 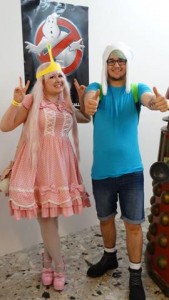 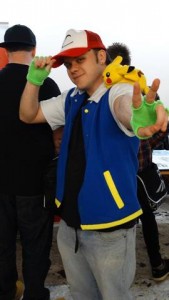 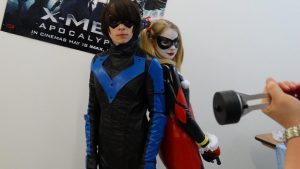 The event raised an impressive £3127.70 for Maggie’s, a cancer support charity in Swansea. There were over 1500 attendees throughout the day, the place was so packed that they ran out of wristbands and had a one-in-one-out policy at the door! I had an awesome time, and I’m looking forward to SCGC 2017! 🙂

You can view more photos on the Swansea Comic & Gaming Convention Facebook page. Also, check out these videos taken on the day, by SkyBot Film, This is Swansea, and Arc Fire Productions.