On burnout (art comes from the quiet places) 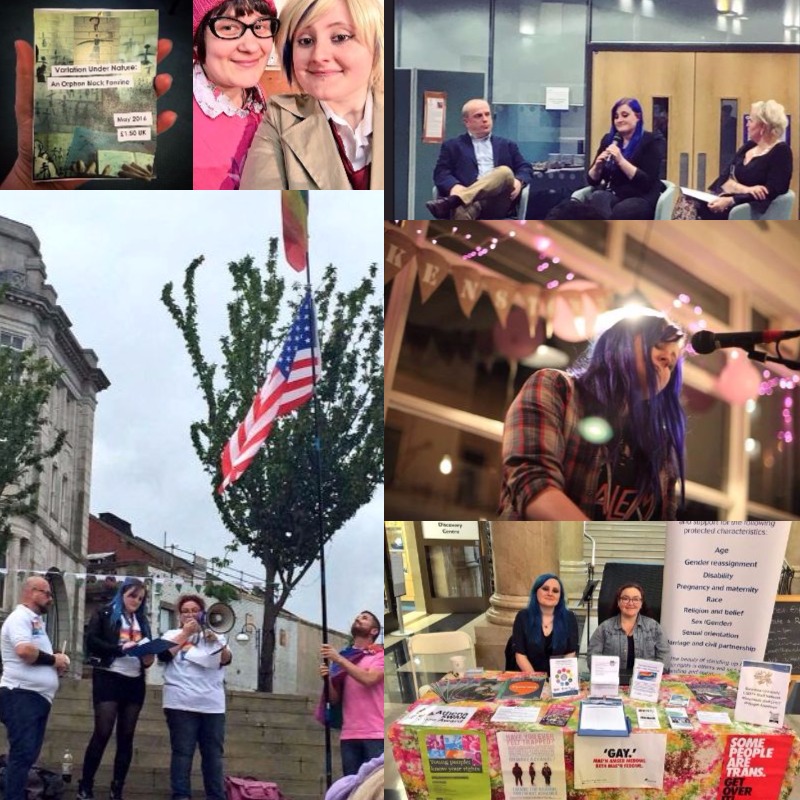 The tail end of 2015 was a ridiculously busy time for me with the EP release and tour, alongside significant day-job upheaval which got sorted but was nonetheless time-consuming and stressful. After a few weeks off over Christmas, I attempted to hit the ground running in January – I set myself some ambitious 2016 goals which mostly revolved around upskilling and ‘levelling up’, finished my EP tour diary (zine and vlog), spent the day selling merch at Weirdo Zine Fest, played some great gigs, held a zine-making workshop for International Women’s Day, attended a 6-week stress control class and an 8-week yoga class which helped with some of my confidence issues, created an Orphan Black fanzine, tabled and cosplayed at the first Swansea Comic & Gaming Convention, and won a ‘highly commended’ accolade for my Daredevil cosplay at Nerdvana 2016. I’ve been running 2 – 3 times per week until I worked myself back up to being able to run a continuous 4k, bought a bike, started cycling for the first time in 10 years, incorporated daily meditation into my routine, worked super hard in my day job at the uni, organised a city-wide vigil that had over 300 attendees, and kept a diary throughout it all. I’m making gradual progress against my 2016 goals, but it’s going much slower than I had planned.

For the last 2-3 months, I’ve been feeling bad about myself because I don’t think I’m doing enough. I mostly wrote the above list as an attempt to reassure myself that I haven’t been sitting around since January, because that’s how it feels when I don’t achieve what I set out to. I often feel that I should devote every waking moment to my music career, and that anything less than that is not good enough, and proof that I’m lazy/useless/whatever. I kept pushing myself, which would last about 2 weeks before I got horribly burned out and antisocial. This cycle recently culminated in a month-long niggly cold which meant I’ve had to pare back my socializing, stop all exercise other than occasional walks, and do ‘unproductive’ things in my spare time like watch TV and nap. It feels terrible.

I should also add that all this happened alongside the shit hitting the fan politically – Orlando, Brexit, the subsequent rise in hate crime in the UK, Jo Cox, Brock Turner, and many great cultural icons dying in 2016.

I feel as though to be a good person, I need to be doing ALL OF THE THINGS. Exercise, healthy eating, daily meditation, read, write, maintain a full social life, network, self-development, travel the world, watch all the TV shows that people recommend to me, stay informed on world politics and particularly British politics, stay up-to-date on feminist and LGBT+ events/news/issues, create new art prolifically, excel at my day job, keep my home and garden well-maintained and clean, be an ‘expert’ in the areas I’m interested in, gig at least once a month, develop my music career… but it’s too much.

So, upon reflection, I’ve decided for sure that I gave myself too much to do this year, and I need to slow down a little and prioritize self-care. Trying to do everything means I just end up rushing through everything, not taking the time to do tasks well or to enjoy them. Art comes from the quiet places – I haven’t written anything new in months because I haven’t allowed myself any quiet gaps of time where I can tinker and create. I’m still working on some stuff that I’d already committed to, e.g. organising a gig in Swansea with the excellent Birdeatsbaby (how exciting!), but otherwise this summer is going to be a quiet, reflective time.

I’ll leave you with a song I’ve been listening to a lot recently, when I’ve been feeling a bit down or overwhelmed: