Posted by Catherine Elms on September 8, 2014 Blog posts | | No comments

I’ve had such a busy, crazy, lovely month! Here are all the cool things I’ve done in August: 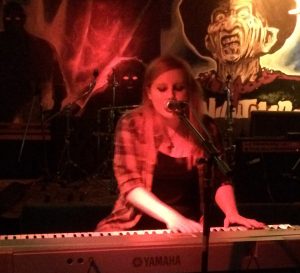 This evening was such a brilliant night!  I was a little worried that I’d be too quiet a headlining act, given that the support acts were 2 full bands, but I needn’t have worried – the crowd were loving it, singing along, cheering, and genuinely engaging with my music.  It was such fun.  I always have a great reception in The Masons, it’s my favourite haunt. 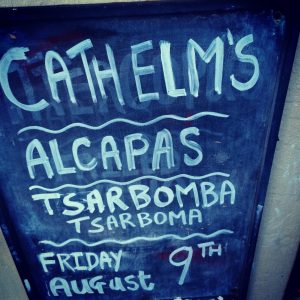 Notice how they’ve apostrophised my surname, so it looks like it reads “Cath Elm’s Alpacas”.  Also, they’ve misspelled Alpacas as “Alcapas”, and spelt Tsarbomba differently both times.  Also, the date’s wrong.  I love it.

2. Thursday 14th: performed at the Women in Tune Music Festival 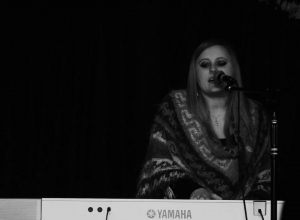 My first music festival – both attending and performing!  I wrote about this in more detail here.

3. Thursday 21st: Got my second tattoo 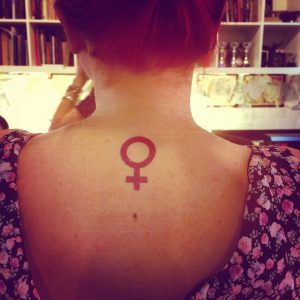 It’s a feminist symbol on the back of my neck and I love it!  Done at Swansea Tattoo Company by Ami Williams.  I have plans to get a 3rd tattoo by the end of the year.

Very happy about this!  I decided to step down from the Swansea Feminist Network committee in order to focus on my university responsibilities, and I’m excited to get involved in a new challenge.  I’m currently putting together a campaign for Bi Visibility Day at the end of the month!  You should follow us on Twitter!

5. Saturday 23rd: Went to London to appear on Surprise Surprise 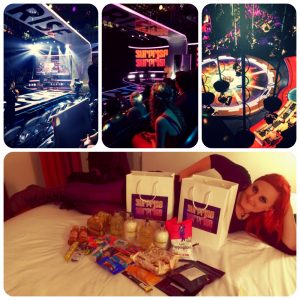 Yes, that Surprise Surprise!  Long story short, my internet friend Jodi Ann Bickley (creator of One Million Lovely Letters) was being surprised on Surprise Surprise by her mum, who wanted to thank her for being such a beautiful inspiring person.  ITV contacted a few of the letter recipients who were featured in Jodi’s book, myself included, and asked us if we’d like to sit in the audience and jointly present Jodi with the surprise!  It was such good fun!  ITV covered our travel and hotel costs – we got to the studio at midday, where we did a dress rehearsal, met Holly Willoughby (who seems very nice), hung around the studios eating free food and chatting all day, and then did the actual show recording.  Jodi was sat in the audience when Holly ‘surprised’ her – she came on stage, chatted with Holly, then Nicole Scherzinger turned up and performed her new single ‘On The Rocks’ (bit random but I actually quite liked the song)!  Our bit in the audience was to reveal Jodi’s gift – Royal Mail had commissioned Jodi her own stamp, and we revealed the design on a series of boards that we held up.  It was awesome.  The show will be broadcast in October if you want to watch it! 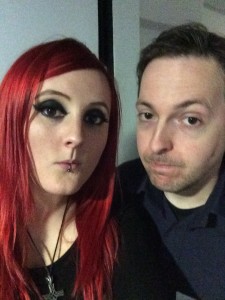 waiting to go into the studio

Afterwards we went to the green room (!), where we got a free buffet and a free bar!  We got to hang out with Jodi for a little while, I drank all their red wine (literally, they ran out of red wine), then we got a goody bag from ITV and got sent home in pre-paid taxis to our hotel.  When we got in we had a cuddle, ordered pizza from the room service, and watched Return of the Jedi in bed. <3 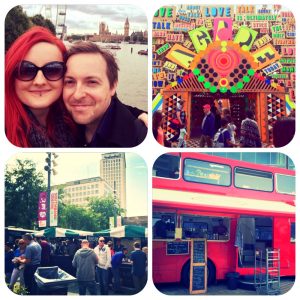 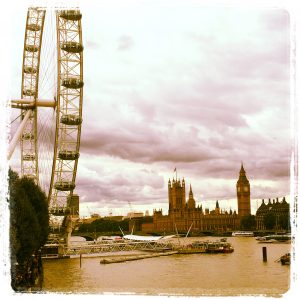 The day after Surprise Surprise, Daf and I hung out in London for the day.  We went to the Southbank street food market, where we stuffed ourselves with freshly made food including halloumi wraps, polish hot dogs, Moroccan chicken flatbread, hog roast, handmade chocolate brownies (including a bacon and maple syrup brownie!), and iced tea.  We were going to do something touristy like the London Eye or the aquarium, but all the attractions were packed with families (stupid bank holiday weekend) so we ended up just walking through the city taking pictures and checking out the bookstores. It was lovely. 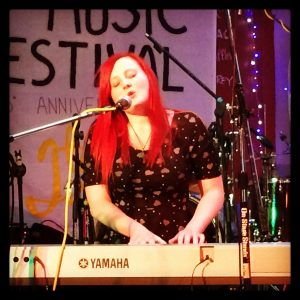 Another fun gig – I played a lot of new tracks, which went down really well.  I’ve set aside some time next week to upload my recent live videos, which will include a few from this gig. 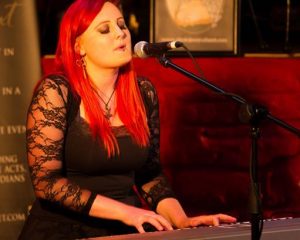 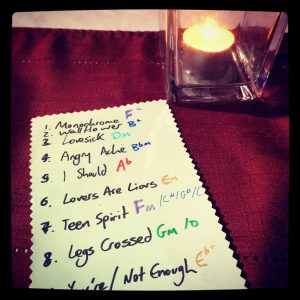 One of my favourite gigs ever!  It took place in The Vault, a converted 15th century wine cellar, which has such a dark gothic feel – I must go back and film some live videos there!  Everyone was super talented, and it was generally an intimate gig with a really engaged audience.  <3

Other cool things I did: 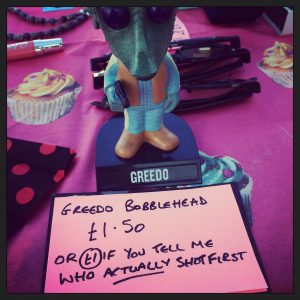 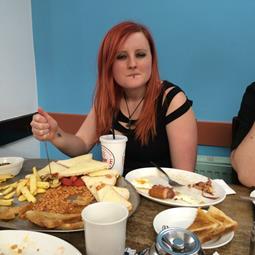