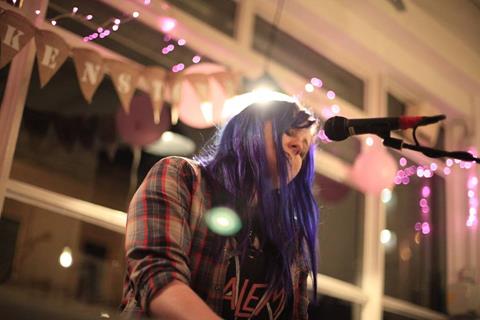 2 weeks ago I performed and sold zines at Birkenstomp, a queer feminist community do in central Cardiff with live music, zines, workshops and stalls. It was such a friendly, inclusive gig with a right-on feministy vibe – I felt right at home. 🙂

All acts were wonderful, but the two that really stood out for me were Sam Hickman, who performed a hilarious rendition of Petula Clark’s Downtown on the harp and kazoo: 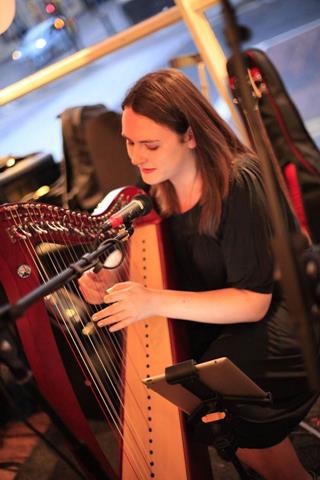 And Trigger Warning and the Safe Spaces (TWATSS) – a “shitty punk band gently exploring the fine nuances of gender politics” whose bassist was the self-described token cis het white male of the evening!

Kirsty and I had a zine stall at the event, where I sold my merch, my perzines, and some issues of Sonorus: Feminist Perspectives on Harry Potter. Alongside the music and zines, there was also a swap shop, vagina cupcakes (AKA cuntfectionery), a workshop on the gendered harms of the prison system, a sex-positive ceramics workshop where attendees were encouraged to make a clitoris, and hand-drawings of vaginas for attendees to colour in! So badass. 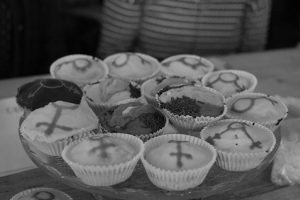 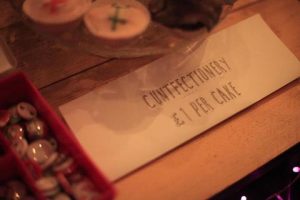 If you’re a fan of female-fronted music, intersectional feminism, zines, or free community events, you’ll have a great time – like them on Facebook to find out when the next event will be held.