Christmas 2014 was such a lovely, relaxing time!  I’m in the middle of a fortnight off work, and am feeling more relaxed and chilled out than I have in months.  It’s so nice. 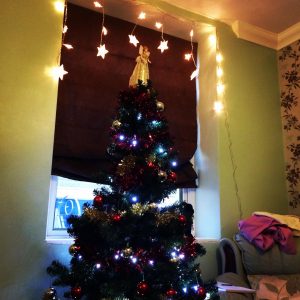 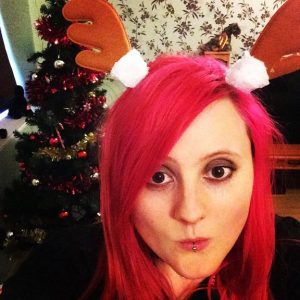 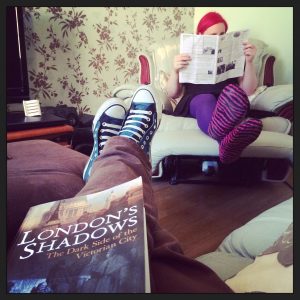 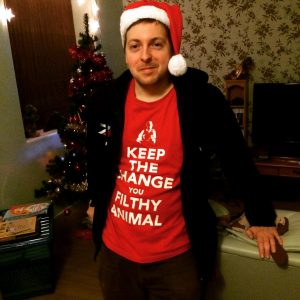 We’ve been doing lots of nice, self-caring things – hanging out with friends, visiting family, watching TV and films, reading, drinking homemade cocktails, eating lots of good food and not stressing ourselves out about how lazy we’re being. 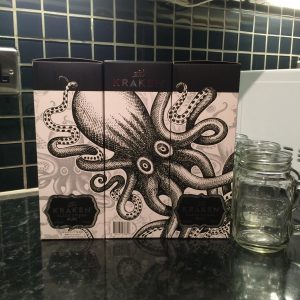 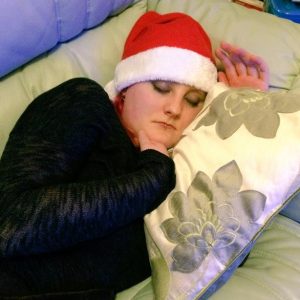 Many bottles of Kraken, swiftly followed by the first Christmas nap of the season!

Daf and I spent Christmas Day with my family – we exchanged gifts, ate lots of turkey, gave Toby lots of cuddles (and attempted to dress him up in his Santa outfit, but he wasn’t having none of it), caught up on our sleep, and watched Christmassy and/or children’s films on TV.  I ended up watching The Muppet Christmas Carol about 5 times! 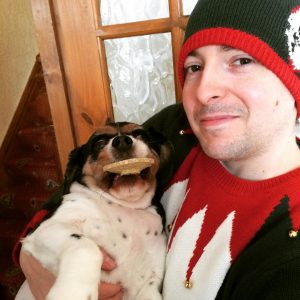 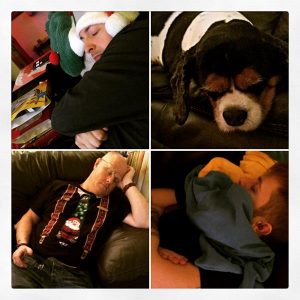 Toby with his doggy mince pie (he didn’t eat it, just played with it and carried it around with him all day!); Daf, Toby, Dad and my brother snoozing after the Christmas dinner.

We spent this weekend with Daf’s family hanging out with them, doing much of the same relaxing sorts of things.  We also went for a long walk, as we realised that we hadn’t taken more than 20 steps at a time for over a week!  Ah, Christmas. 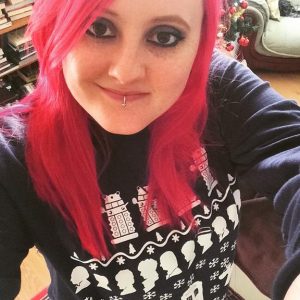 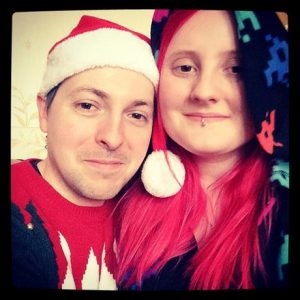 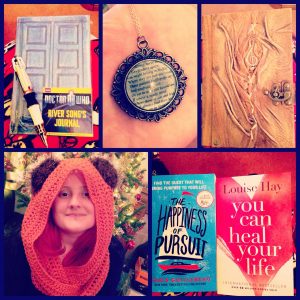 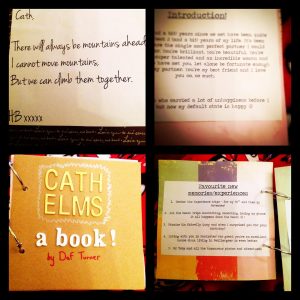 Some of my favourite gifts I received included: 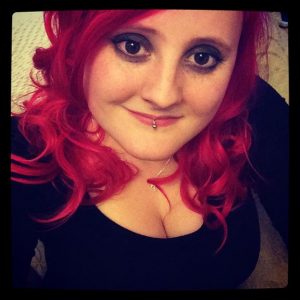 Some of my favourite gifts I gave included: 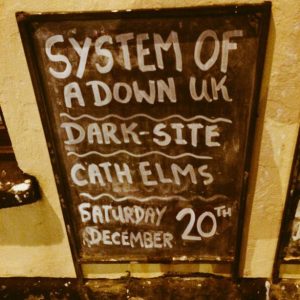 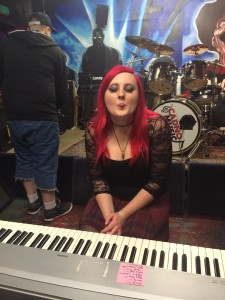 My last gig of 2014 was one of my favourites too – I supported System of a Down UK (a welsh SOAD cover band) and local metal band Darksite.  I always enjoy myself so much when I perform at The Masons, as the crowd are so into my music; this gig was one of my best, where people sang along to my covers, cheered at the end of each song, and even asked for an encore!  I felt so incredibly proud of myself.  Some of the audience members recorded parts of my set – all videos can be found on my YouTube ‘live performances’ playlist. 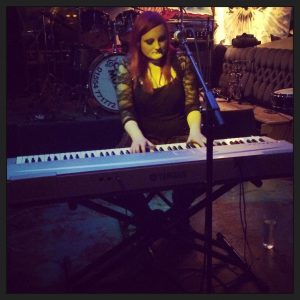 Another video from Saturday's gig – this is a song of mine called "Angry Ache". #latergram #livemusic #llanelli #singersongwriter #darkcabaret #piano #pianist

The System of a Down band were awesome – the whole audience (myself included!) were dancing, moshing, singing along, and generally loving it.  They ended with Sugar, which is my favourite SOAD song!  There are some videos of their performance up on YouTube.